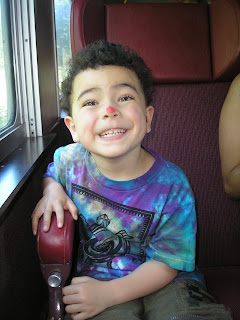 In June we went to Squamish to see Thomas the Tank Engine. It was an opportunity to take a ride in a real train, with Thomas at the front "pulling". Squamish used to be BC Rail's main maintenance site, and after BC Rail was sold the area was taken over by a historical railway society, so they actually have enough rail for a half hour ride there and back.

There was of course lots of promotions to buy Thomas stuff. Fortunately Marc's need to acquire Thomas stuff has waned. We bought a large Thomas helium balloon, but that was more because of the novelty of a balloon that floated, not that it was Thomas.

For me the most interesting part are all the old trains. They've finished the restoration of the Royal Hudson. When we first moved to Vancouver I saw the Royal Hudson steaming up to Whistler a few times when I was riding my bike on the north shore. I wonder if they're ever going to take it out for regular runs again? 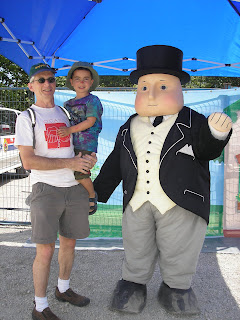 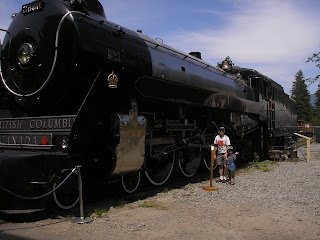 Links to My Places