Marc played his first soccer game yesterday. He had lots of fun in the warm-ups. 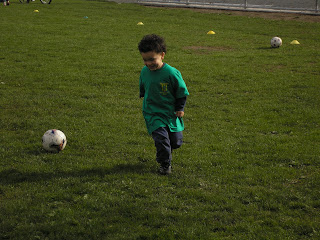 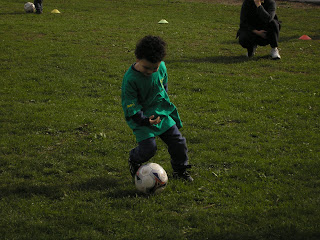 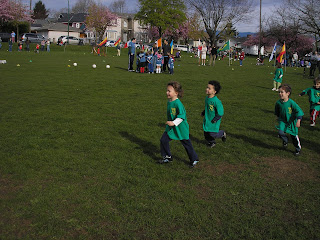 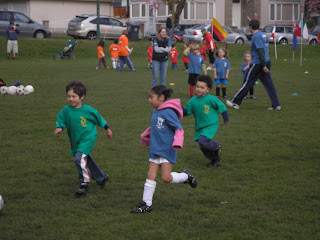 At the end of the game he was very upset because he didn't score any goals. I have no idea where this came from. I finally told Marc that I almost never scored goals when I played hockey as a kid. He said, "Why not?" I said, "I was a terrible hockey player." This seemed to make him happier.

Links to My Places